The greyhound dog is considered and ancient breed dating all the way back to the early Egyptian era.  Where they were so beloved that many of the Egyptian gods were depicted in statues and on walls in the likeness of the greyhound.  This canine has also been held in high esteem by the ancient Greeks, and Romans.  Officially considered a sight hound, its long thin shaped head gives 270 degrees of vision which actually allows this dog to see behind its head.  The breed was origionally bred and used as a sight hound to track all kinds of prey on hunting expeditions .  The greyhound is the fasted of all dog breeds.  It can reach speeds as high as 45MPH (70KPH).  Over the years as it's hunting use diminished the greyhound dog has thrived in competitive racing.    The breed was refined in Great Britain where it was a favorite amongst royals and many of the wealthy class.

The greyhound is usually quiet and calm indoors, often a couch potato. They have an incredibly sweet and personable disposition. Greyhounds are usually very playful and gentile. They are truly great companion dogs, and at home with their owners may have a tendency to be a lap dog despite its size. The breed is also very affectionate and easy to eager to please. They have a very high prey chase drive and seeing as how this is the fasted of all dog breeds, you may want to use caution when considering letting roam off leash. 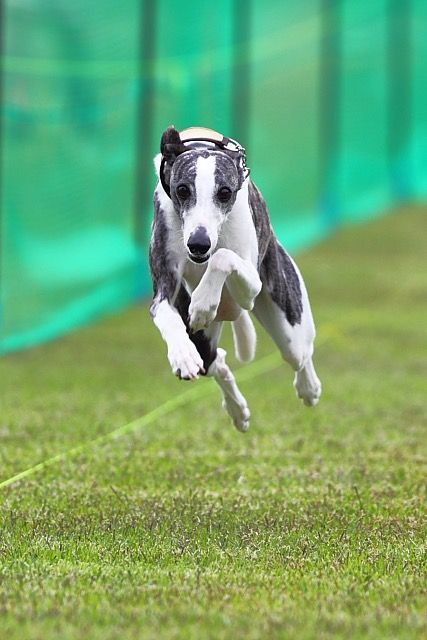 The greyhound is considered fairly healthy amongst dog breeds.  However there are a few things you will want to keep an eye out for if become a greyhound owner.  These are Bloat, Gastric torsion, Bone Cancer and Osteoacroma. Otherwise greyhounds can usually expect a lifespan between 10-13 years.

Like all great athletes the greyhound will require a high quality diet. Quality diet will also aid in fighting off digestive issues. Long walks on a daily basis will be important especially for this dog breed, and where safely possible running would be good as this is what the breed was bred to do.  The greyhound will do fine in apartment living provided proper exercise is provided.  Lastly the breed tends to be very sensitive and will need a gentle and patient hand in general , and especially while in training.

The greyhound is a very ancient breed and its exact country of origin is not know for certain.  However the original breed type dates way back to ancient Egypt, where it was beloved and often appeared in hieroglyphics as well as large statues all around the Ancient Egyptian Empire. 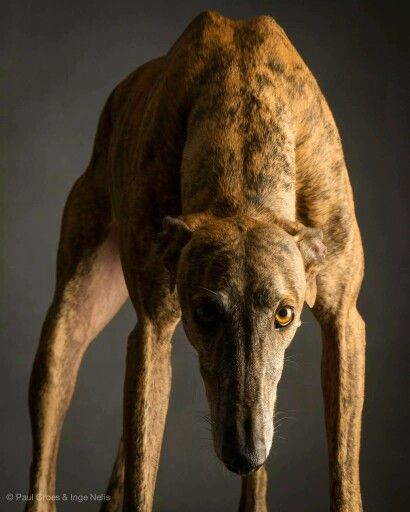 Interesting Facts about the Greyhound Dog

The greyhound has a flexible spine, which helps it run at high speeds.  Famous owners of the dog include General George Custer, George Washington, Queen Elizabeth the 1st, Cleopatra, and J.K Rowling.  Also this is also the only dog breed to be specifically mentioned in the Bible (Proverbs 30:29-31). 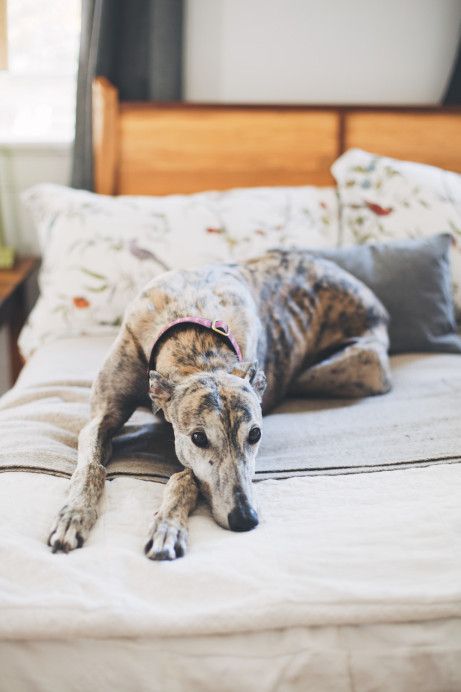 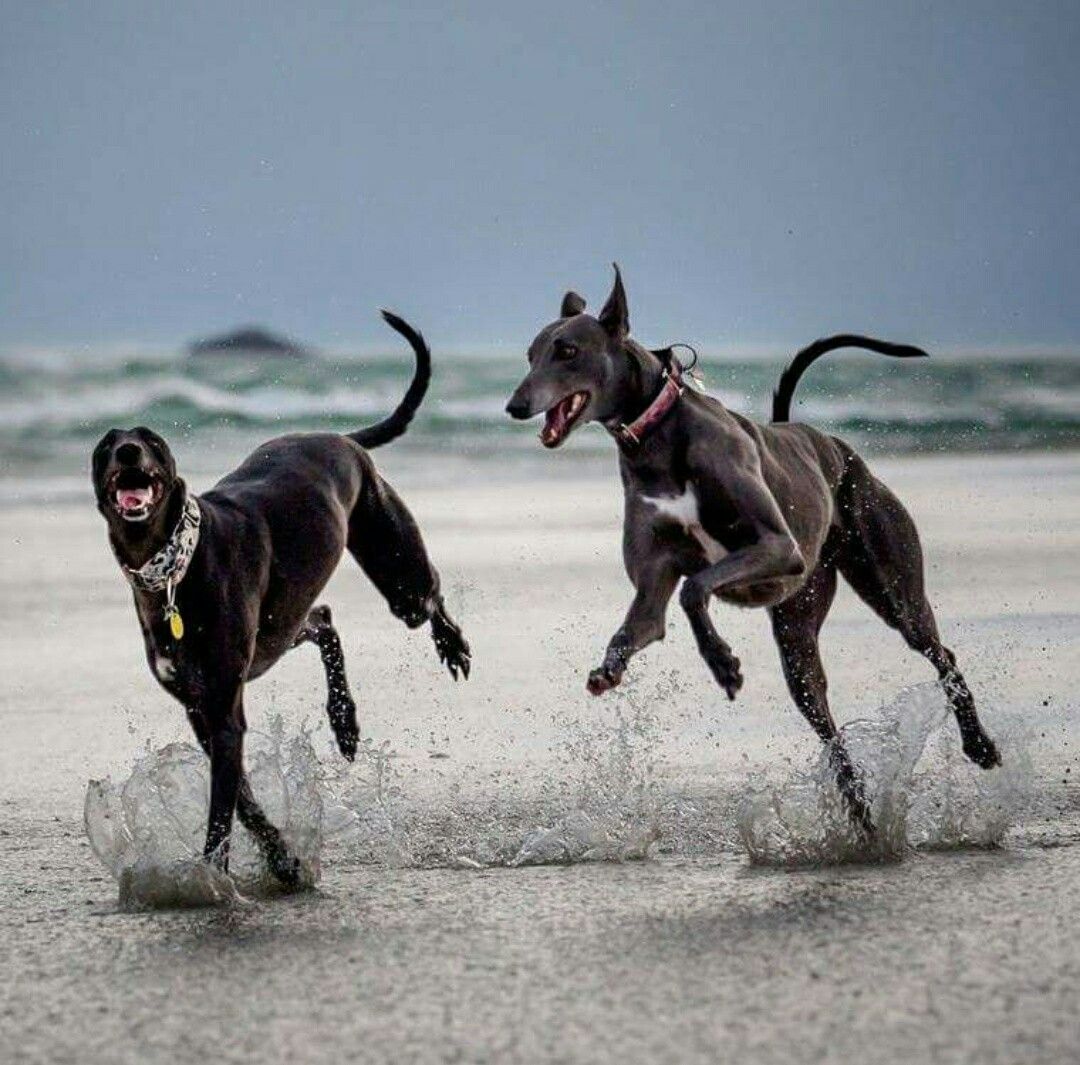 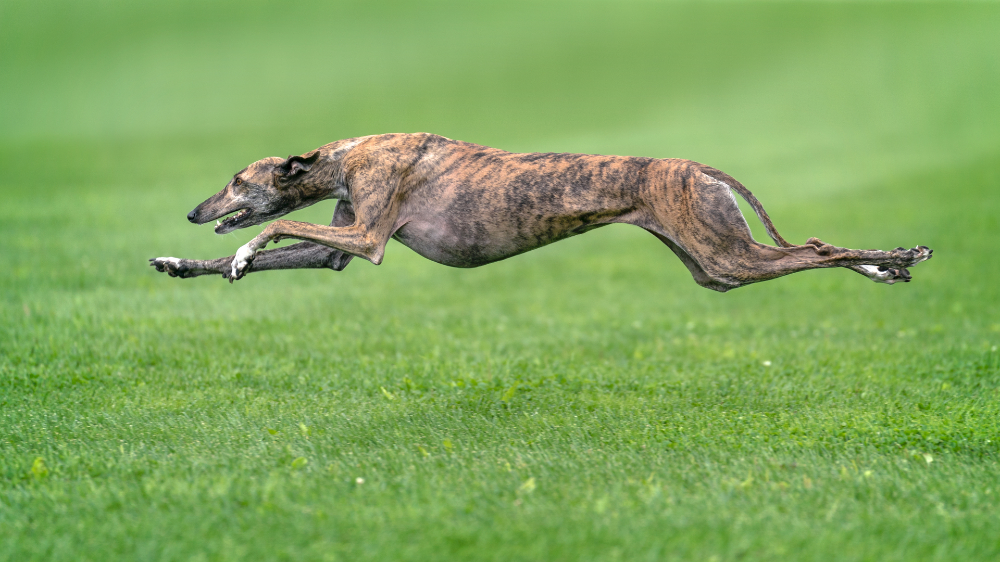 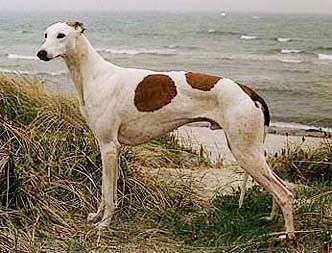 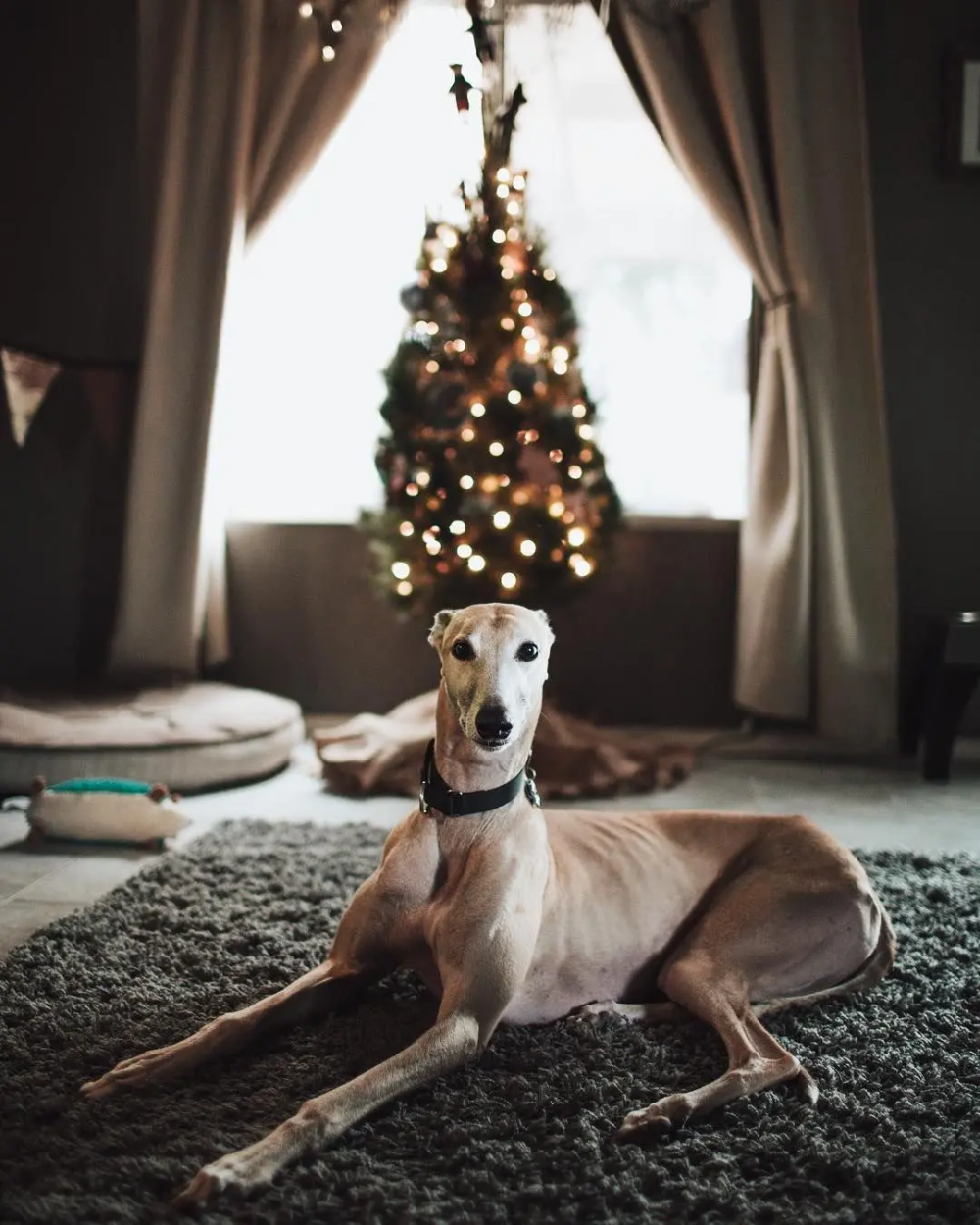 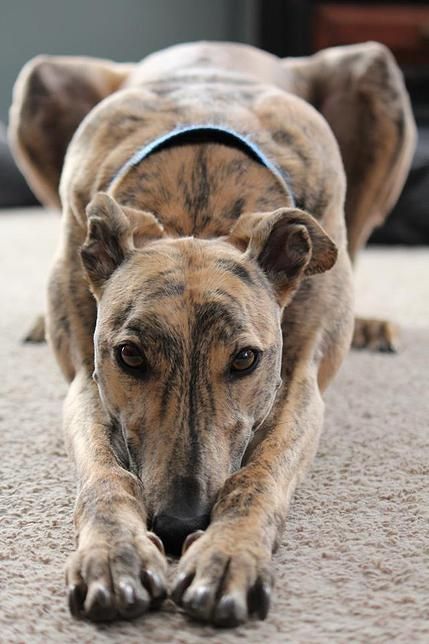