Mastiff dogs, are also often referred to as "the English mastiff".  This is a large and physically imposing canine.  It is widely thought that it is the oldest of all the english breeds.  The breeds bravery as well as its powerful strength, and courage made a big impression when it was discovered by the Romans.  Many of the breed were brought back to Rome where they were used as war dogs, as well as being used as gladiators in the Colosseum. Later during the medieval period they were used for guard dogs, hunting, bull and bear baiting, and unfortunately in dog fighting.

The (English) mastiff dogs are not just large in size, they also have a largely  protective nature. However the breed is actually surprisingly gentle, and usually quite calm. Generally this breed does not bark a whole lot. They make great family pets, and are great with children.  However they may not always be a great choice for younger kids just because of their massive size.  They also generally get along well other pets provided they are properly socialized from a young age.  This is a very devoted and loving breed, that despite its history is somewhat of a couch potato today.  It should be noted that these dogs can drool a fair amount.

Like many of the large breeds there are quite a few health issues you will want to keep an eye on when owning, or consiedering adopting a mastiff dog.  Here is a list of some of the most common issues: elbow and hip dysplasia, gastric torsion, bloat, bone cancer, and progressive retinal atrophy(PRA).  Another thing to keep in mind for younger (English) mastiff dogs is to allow this canine's bones to become fully developed before too much regular exercise.  This is said to decrease chances of the dog having health issues in the bones in later years to come. The typical lifespan for the breed is roughly between 9-11 years.

You will want to keep the face and any area with wrinkles clean, and give especially close attention (and keep clean) to the area around the eyes.  As far as coat care is concerned the (English) mastiff dog has a very short coat that requires only minimal care, only occasional brushing is fine.  When it comes to training patience is a necessity as this breed tends to be a bit more on the relaxed side of responsiveness to put it mildly, they don't do much of anything especially quickly.  That being said they are intelligent and very trainable.  Once fully grown a daily walk is ideal and or some good play time. 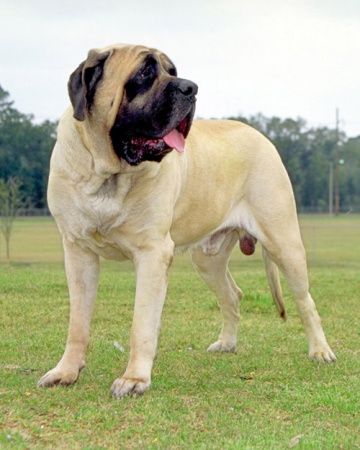 It is difficult to say for certain exactly which country the original (English) mastiff hails from.  This is because its history can be traced all the way  back to antiquity.  However the breed that you currently see today is considered to be an english breed.  So today's mastiff would be considered to have originated in Great Britain. 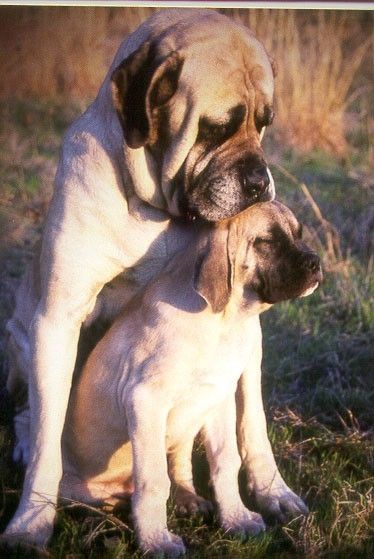 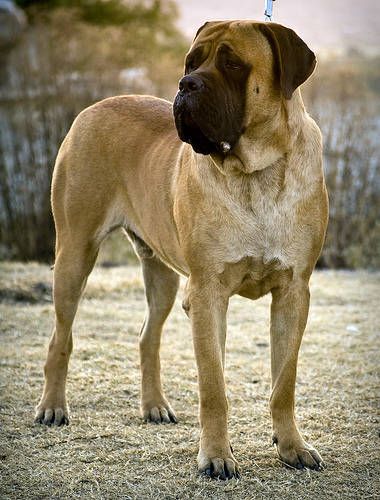 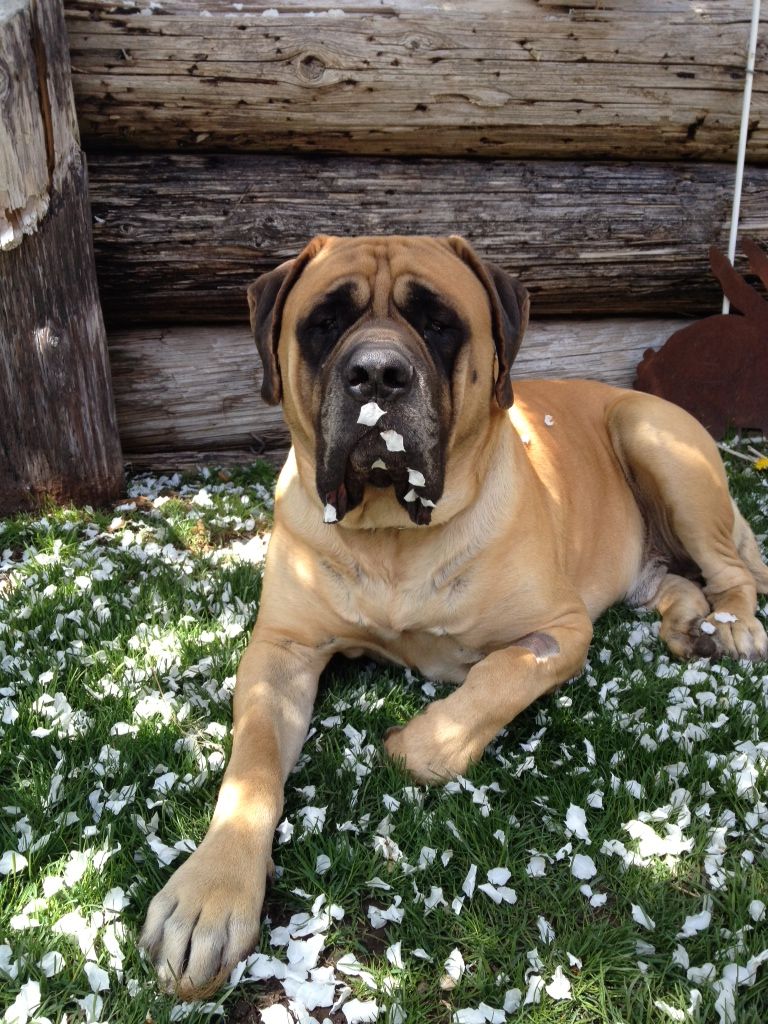 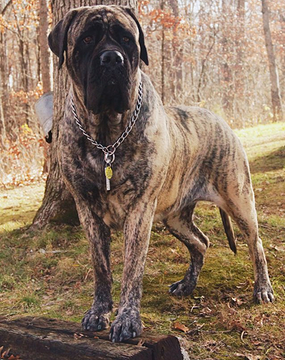 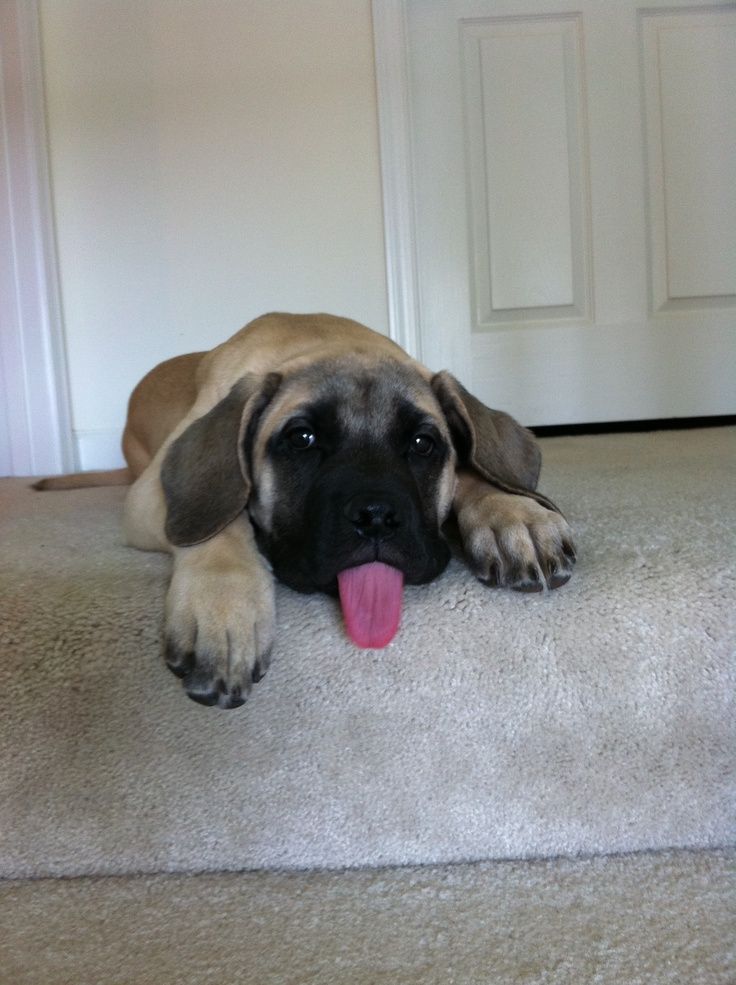 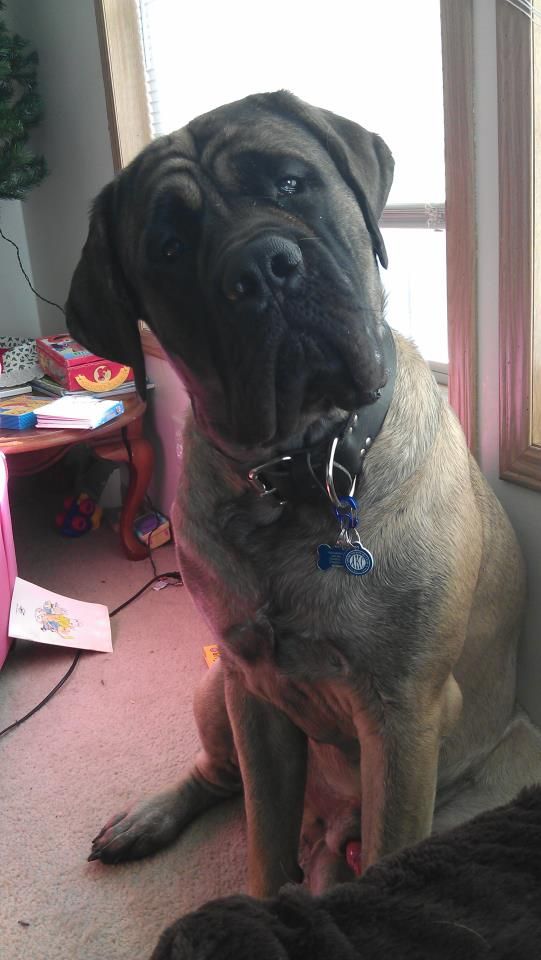 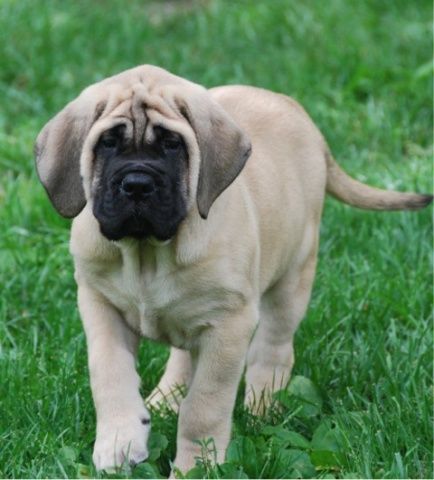 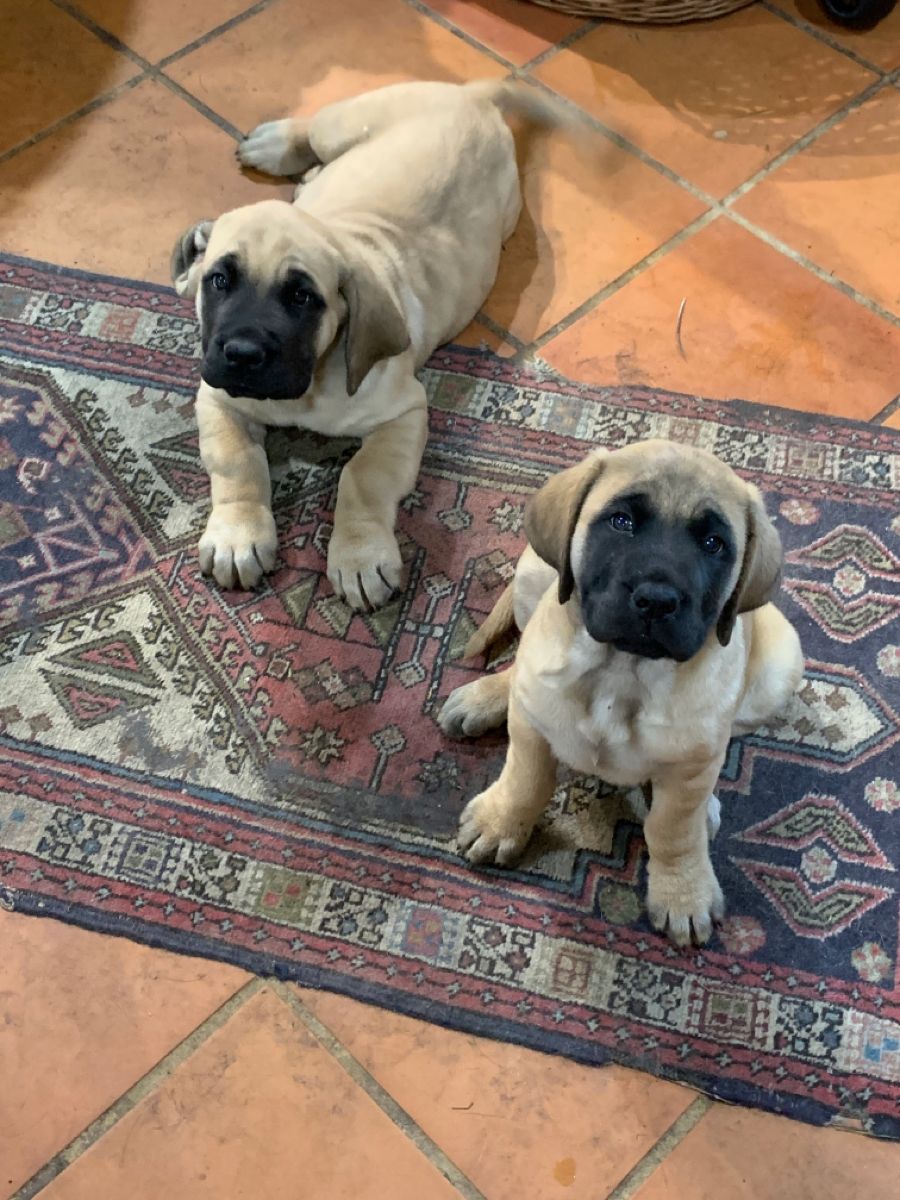